Chuck is a pastor, writer, and broadcaster based in New York City. After spending a decade in the radio industry, he added ministry to his plate while continuing to write for outlets like No Depression, The Boot, Sojourners, Consequence of Sound, and others. Chuck is the founding pastor of a local church in Hell’s Kitchen and is lucky enough to be working in the radio industry, a world he loves.

Chuck has been in the radio and media industry for 15 years, first getting hooked with his college radio station, The Wildcat 91.9, and then consuming all he could get my ears on. He started his professional on-air career on Power Hits 97.5 in Junction City, Kansas, and then found himself filling in for the morning show on KMAJ 1440 in Topeka. On the weekends, he was producing weekend shows on KCMO Talk Radio in Kansas City, and eventually wound up managing the digital presences of Entercom’s eight radio stations in Kansas City. While at Entercom, he also hosted a weekend talk show on KMBZ and was living his dream as a daily on-air jock for 98.9 The Rock.

Fate took him to New York City in 2010 where he managed digital operations for 95.5 WPLJ and 77 WABC. He quickly rose to the position of Web Program Director/Assistant Program Director for 77 WABC and not long after found himself sitting in the Program Director’s chair for the heritage talk radio station. While serving as PD, he also filled in as on-air host of the morning news show that led into Imus in the Morning. During his time with these stations, he began writing a weekly column for All Access called “Digital: On-Air, On-line.”

Following his time with 77 WABC, he worked with a major media company in many different capacities. He served on the company’s corporate digital team, working with DJs and stations across the country on how to best cultivate their online presences and brands; he was the editor-in-chief for Diffuser; and he served as the second-in-command for all of programming for the company. In that role, he helped launch nationally syndicated radio shows, converted 300+ radio stations onto the same music scheduling software, and created the company’s playbook for news and talk radio stations.

Today, Chuck works in broadcast and media in corporate programming/digital. You can also hear him on-the-air on WCYY. In addition, Chuck created and launched The Ultimate Metallica Show on WCYY, which now airs on 21 stations across the country.

Jakob Dylan and The Wallflowers Mark New Beginning With ‘Exit Wounds’ — Chuck and Jakob discuss The Wallflowers new record and what it was like working with producer Butch Walker.

Parker Millsap’s Folk Music Called Him Inward. It’s Calling us Too. — In the July 2021 issue of Sojourners, Parker discusses his faith background and how it continues to shape his music today.

There Is No Christian Political Party: A Conversation With Jemar Tisby — New York Times bestselling author, pastor, and leader Jemar Tisby discusses the origins of the Religious Right with Chuck.

Chuck’s first foray into podcasting came in 2008 when he launched podcasts for The Church of Lazlo on 96.5 The Buzz in Kansas City. He also helped redesign and streamline the on-demand audio experience of the biggest morning show in Kansas City, The Johnny Dare Morning Show on 98.9 The Rock.

A few years later, he developed a second, online-only stream for 77 WABC, the biggest talk radio station in the country. On this stream, the station was able to direct listeners to a constant feed of news and press conferences that otherwise would not be heard on-air. After that, he worked with several major brands on starting their first-ever podcasts, including Loudwire, XXL, PopCrush, and Diffuser, shared below.

Chuck also created an original story podcast with his friend and colleague, Chris Kissel, called Pressed In America. The podcast took a look at a specific geographical location during a specific time and sought to tell its musical story. The below player features Chuck’s contribution to Pressed In America: Psychedelic Bluegrass in the Heartland: Kansas City and the Cowtown Ballroom.

Chuck is a regular reviewer for No Depression. You can see all of his writing for the publication here, and a handful of featured reviews below.

Throughout his time as a freelance writer and editor-in-chief, Chuck worked, and continues to work, directly with publicists, record labels, and artists on securing track premieres for various outlets. He’s premiered never-before-heard tracks from artists like 311, Samantha Crain, The White Buffalo, Eliot Bronson, Circles Around the Sun, Chris Robinson Brotherhood, Son Volt, Kacy & Clayton, Sadler Vaden, and many others. Below are a few of his favorites.

In his spare time, Chuck is an avid record collector and has been lucky enough to turn that passion into several different initiatives with Noisecreep, Loudwire, and Diffuser. From photographing new releases to interviewing artists, Chuck loves talking and writing about all things vinyl.

While overseeing Diffuser, Chuck created several different types of videos, from on-the-ground music videos with artists to trivia-style content about different bands. He even launched a short magic series with The Pixies‘ David Lovering called “Trompe Le Monde.” Below is a sampling of videos he shot, narrated, produced, edited, and promoted. 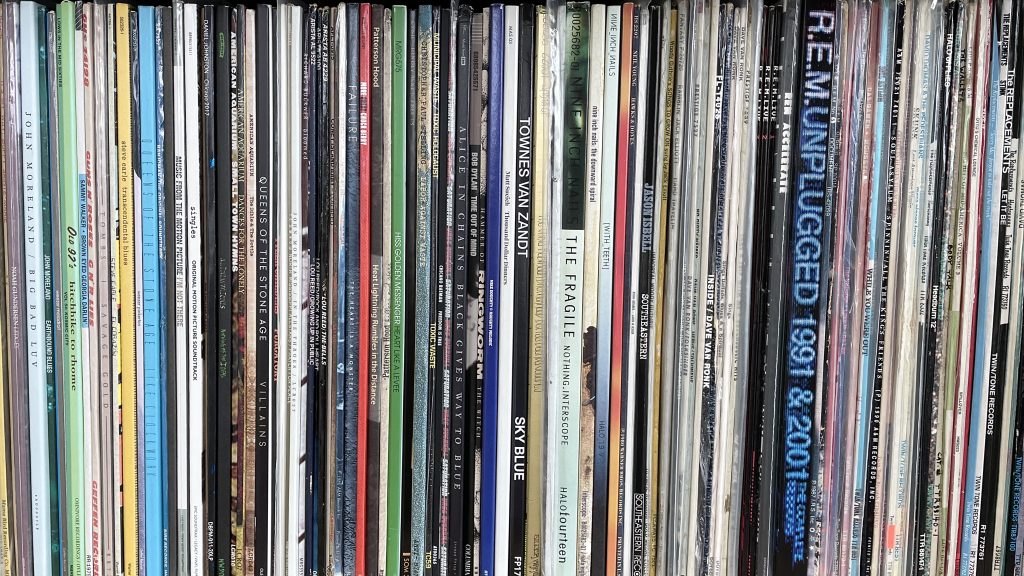